Ryan had school on the day of his birthday and he thought that was pretty cool. He said he wanted everyone to sing to him, but he was a little embarrassed! Don’t worry buddy, everyone gets embarrassed! 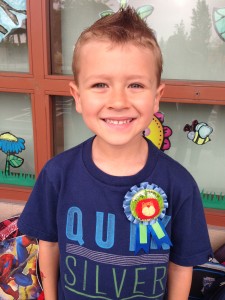 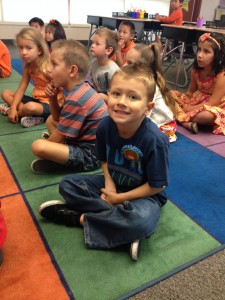 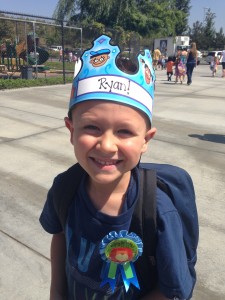 Since his actual birthday was on a Thursday, he had to wait a couple days until his birthday party at home 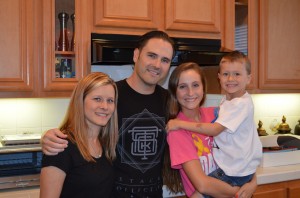 Ryan is really into firetrucks and he thinks firemen are pretty cool too! You’ll never guess what he chose for the theme of his party…

We had a balloon artist, face painter, tattoo guy so the kids – and parents – would have some entertainment! Ryan got a police dog balloon and a bunch of tattoos on his arms (not pictured)… 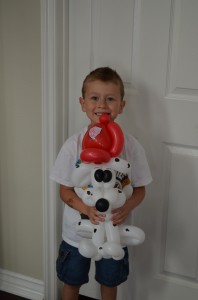 Todd couldn’t resist a tattoo for himself either…Remember Kiss, anyone? 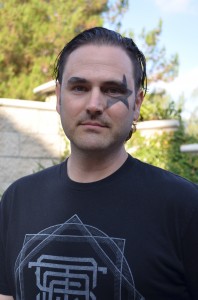 Our local firemen came to our house. The kids thought that was pretty cool! They all got to climb inside the truck and have a seat in the front. They also gave them hats, stickers, and pencils! 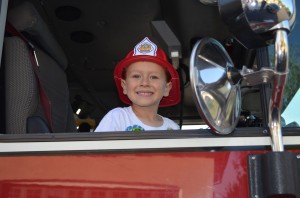 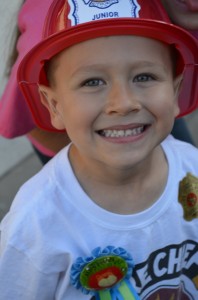 The Captain put on all his gear for the kids and then told them to never be scared if they see someone dressed like this trying to help them during a fire. Wow. I had never thought of that. It would be very intimidating as a kid to see someone approaching you dressed up with a mask and a bunch of gear. Great lesson for the kids! 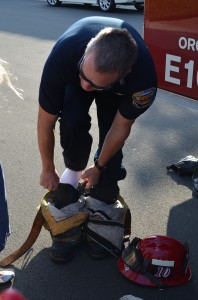 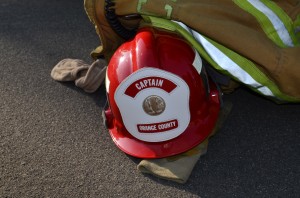 Then we got to dive into the cake! 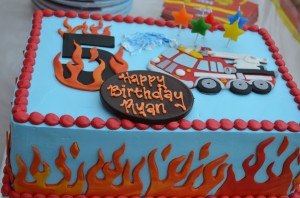 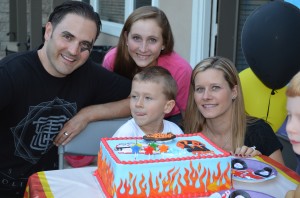 And have a smack-down with the pinata! 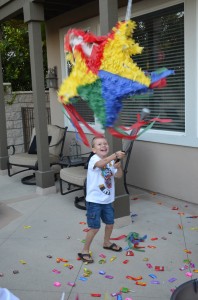 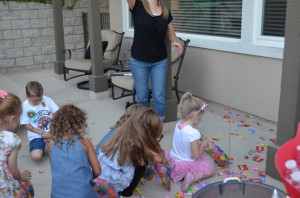 I’m pretty sure Ryan had a great birthday!! 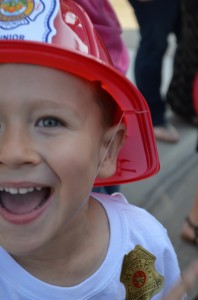