The new school year has started and we have a new “normal” around here.  Both kids are now in school!! Whoohoo!! I shouldn’t sound so excited, I guess. It was really hard sending Ryan off to kindergarten last week. I cried the first morning during drop off, but I didn’t let him see me. I didn’t want him to get upset too. Todd thought is was funny to video me every time I got choked up. Thanks, Honey! I must say – it’s really hard to give up the control you have over your kid (for me anyway) and put them in the hands of another person. Thankfully, I really like his teacher, Mrs. Miller, and feel she is very competent. Most of all, Ryan likes her and that’s what really matters to me! 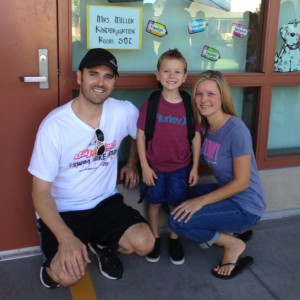 Since Ruby is now a sophomore in high school, starting school was no big deal for her. She likes the fact that she isn’t a freshman anymore and she knows exactly where to go at school and how to find all her new classes. When I was in school, that part always stressed me out. I was always afraid I would walk into the wrong class or something! I’m glad I don’t have to do that anymore! Ha ha!

Ruby is also starting her second year on the tennis team. She went to a tennis camp in Ojai for a week and probably would have stayed there forever if we let her! She loved it so much, she wants to go back next summer for TWO weeks! I’m pretty sure it’s because she had a lot of freedom and got to hang out with a bunch of cool people her age, all while getting to play the sport she loves every single day. What teenager wouldn’t want to go back?

Ruby is almost 15 1/2 so she will be able to get her driver’s permit after tennis season is over. I can’t believe I met her when she was just a little 7-year-old and now she’s 3 inches taller than me! In just a few months she will be driving! So crazy! It just means I’m getting that much older too! No fair! 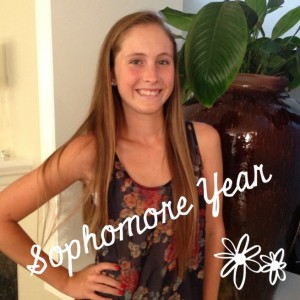 I’m only on week two of this new normal, but I must say, I’m definitely enjoying my alone time. I get to go to the gym, run errands, relax, organize, or whatever whenever I want! I do think of my little man often though. It’s the start of not being together 24/7 and I know we both need the time apart, but the kid definitely still has my heart!